Formed in 2001, the ASQ was one of the first quartets in the UK to start offering selections of jazz and pop hits in their repertoire and to publicise themselves solely online. This quickly led to them performing at around 70 weddings and numerous corporate functions a year which has remained pretty much a constant level since, with clients including LLoyds TSB, Sky and Marks & Spencers. They have performed at classical music festivals in the UK and Norway, have appeared at a number of rock and folk festivals including Sidmouth and IndieTracks, and have made a number of TV appearances on BBC, ITV and SkyArts.

The quartet have appeared as session musicians with a number of published artists over the years and at major events. They can be heard on CDs by Tanya Walker, Jess McCallister, The HiLife Companion and The Cautioners. They have performed for royalty and celebrities alike, and to audiences from 10 to 1000.

One of the secrets to their success is their close working relationship - they've performed together at around 1000 events. With little more than a facial expression they can cut, change or quicken the music to fit perfectly to whatever they are doing, which leads to a great sound - they can often sound like one giant string section. 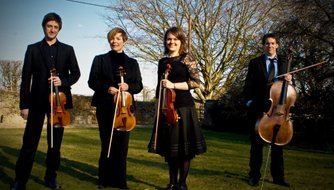 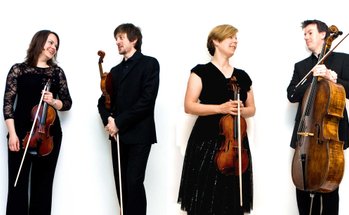 Whilst at the RWCMD Jon played with the Cesar Quartet before joining the Ardeton Quartet shortly after it was founded, and Jon played in some of our earliest weddings in South Wales. Jon was selected to take part in a musical exchange programme, and studied at the Newcastle Conservatory of Music in New South Wales, before settling for a number of years in Gothenburg and then Stockholm.

Born in Kent, Jan studied Viola with Sheila Veryard at the specialist Kent Centre for Young Musicians before studying Music at Bristol University. January then received a distinction in the Advanced Diploma at the Royal Welsh College of Music and Drama before studying with Howard Davies.

Now based in Gloucestershire, January is in demand and an orchestral violist around the country and Europe, playing with Welsh National Opera, Midlands Sinfonia, The British Philharmonic Concert Orchestra, The European Chamber Ensemble, the English National Orchestra, the English Baroque Orchestra and the Boston Sinfonia, as well as touring with the Opera Project and freelancing with many other ensembles. She has also played on backing tracks and incidental music for BBC Programmes, including the drama 'Score', and independent film companies.

Jan is also enjoying working with singer/songwriter Will Purdue.

Dury is an experienced cellist and regular performer at the Aldeburgh Festival and the major UK concert halls. A member of the Britten-Pears Orchestra for 6 years, he has also played with the British Concert Orchestra, Sinfonia Cymru, National Musicians' Symphony Orchestra and the British Police Symphony Orchestra. His work in musicals include credits as principal cellist for productions of Jesus Christ Superstar, Crazy for You, and West Side Story. His media work includes an appearance on a BBC Commission for the Birmingham Film Festival 2001 called "Percussion", the soundtrack for the Independent Film "The Last of the BrylCreem Boys", and Principal Cellist on an episode of the BBC's "Dalziel and Pascoe". Dury also recently wrote and performed the string arrangements for Cardiff-based singer Tanya Walker on her Fopp records EP The Changing Me. He has more recently appeared on releases by Jess McCalister, The Hi-Life Companion, and his own compositions available on iTunes.

Dury received a Master of Arts degree from the Birmingham Conservatoire in 2001, where he was Principal Cellist of the Symphony Orchestra, Sinfonia, Pelleas and Thallein Ensembles. He also played in masterclasses with Jane Salmon (Schubert Ensemble) and Rohan de Sarum (Arditti Quartet). Prior to this, Dury was an active performer and composer during his undergraduate studies at the University of Birmingham. Specialising in Contemporary performance and composition he had his orchestral work "...on the passing of time..." premiered at the Summer Festival of Music, and in Summer 2004 was solo cellist for a chamber ensemble at the Aldeburgh Festival, premiering works by Young Composers. 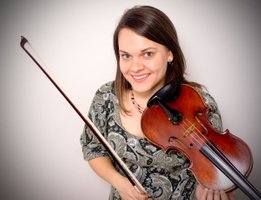 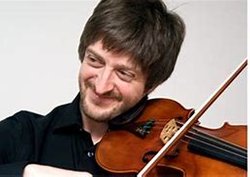 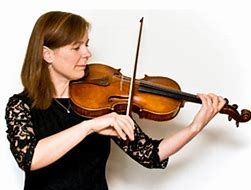 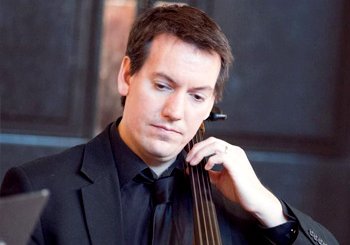 The Ardeton String Ensemblehave played for The Chipping Sodbury Music Society before.

In February 2014 we were treated to a delightful concert with  Mendelssohn's String Quartet No2, Puccini's Chrysanthemums, Anton Arensky's String Quartet  and Dury Loveridge's variations on Tchaikovsky's Morning Prayer and finished with a Tango by Stravinsky's.

Then in April 2019 they were back as a trio with a concert which included Schubert's Trio D471, Beethoven's Trio Opus 9 No 1and Dohnany's Serenade for String Trio.  A finale of Piazzolla's Libertango brought the concert to a brilliant conclusion.

Although we last heard The Ardeton only a couple of years ago, we were keen to ask them back as such a talented local ensemble.